Real Good Fish | People | | Barry Day | O
Perhaps I should not have been a fisherman, he thought. But that was the thing that I was born for.
- Ernest Hemingway, The Old Man and the Sea 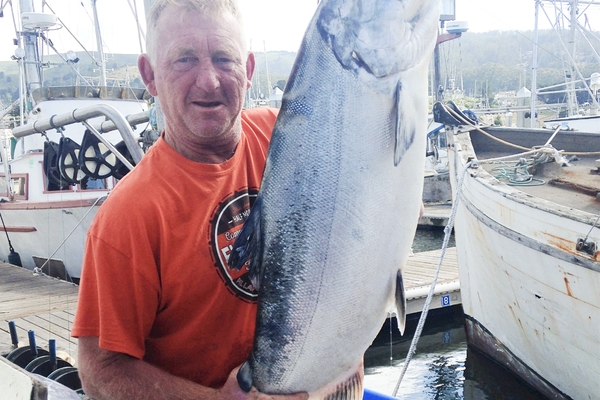 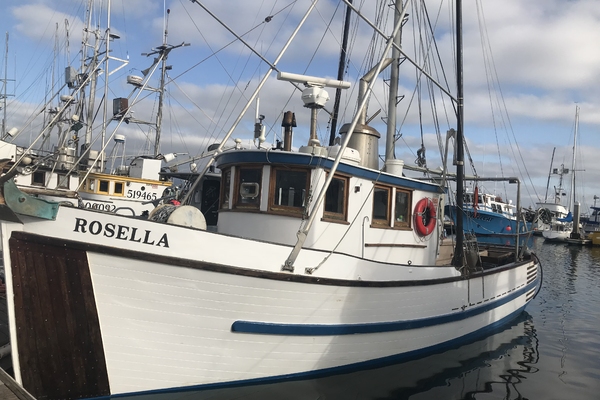 When he was 5, Barry's father gave him a pair of rugby boots and a fishing rod. He made good use of both, eventually becoming a professional rugby player and a commercial fisherman. While he no longers plays professional rugby, he still fishes commercially.

Originally from New Zealand, he left as a young man for better work opportunities in Australia. He bought a Bedford bus and a fishing boat, and toured the country fishing everywhere from Ningaloo Reef in Western Australia to the Daintree River system in northern Queensland, for 20 years.

He came to the U.S. in 2002 and ended up in Half Moon Bay fishing for king salmon, which reminded him of the trout he grew up with in New Zealand - in a much bigger version. He bought his current boat, a 40-foot Hansen called Rosella, in 2012.

What does he love about fishing? "There's a freedom to it. Even with the regulations, there's a great contact with nature that's realistic. Sometimes you're worried about your life, but it's real. Trying to save the planet from a position of safety can make it hard to understand what's involved and what's needed."

When does he plan to retire? "With my last breath." We are grateful to have Barry fishing for us!