Real Good Fish | People | | Brendan Pini | Bringing you the freshest sustainably caught LOCAL seafood!
Perhaps I should not have been a fisherman, he thought. But that was the thing that I was born for.
- Ernest Hemingway, The Old Man and the Sea 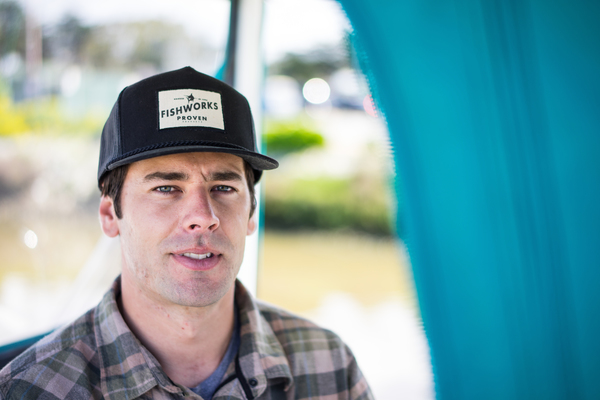 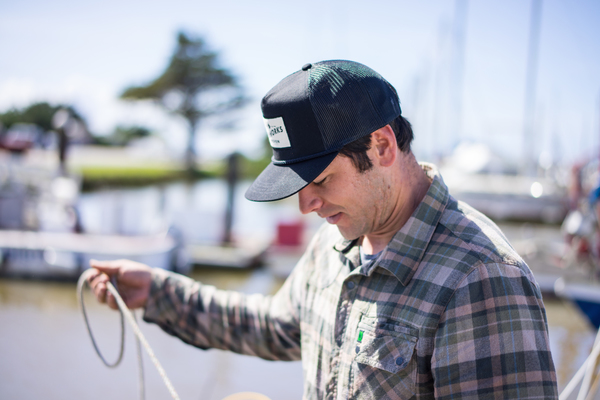 Brendan grew up in Santa Cruz, fishing with his grandfather, and his mother. “My mom is a great steelhead fisher,” he said. “She really knows how to read a river.” He’s 27 years, old, and believes that it’s important that younger people take up the mantle and fish commercially, but he approaches it with the perspective that fishermen are stewards of the ocean. It’s no surprise that he’s also a biology student at UC Santa Cruz, and believes that fishermen and marine resource managers can work together to create a sustainable system.

He started off working as a deckhand on charter boats out of San Francisco and Santa Cruz, and now deckhands for commercial crabbing and salmon boats out of Moss Landing. He runs his own skiff, Mysealium, out of Santa Cruz and works the open access fisheries like white sea bass, halibut, sand dabs, and ling cod. His favorite fish to eat is Petrale sole, noting the light texture and mild flavor. But he likes to fish for California halibut the best. “It’s a nice long drift, not too crowded with other boats,” he explained. “When the tide shifts and the bite turns on, it gets exciting.”