Real Good Fish | People | | Jimmy Phillips | Bringing you the freshest sustainably caught LOCAL seafood!
Perhaps I should not have been a fisherman, he thought. But that was the thing that I was born for.
- Ernest Hemingway, The Old Man and the Sea 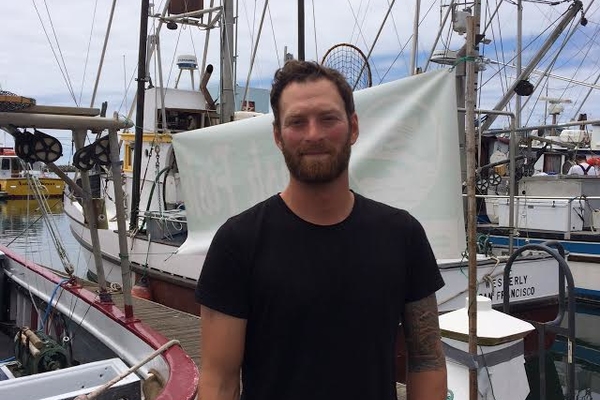 Jimmy Phillips got his fishing chops jackpoling for albacore tuna out of Crescent City, CA. Albacore put up a fight, so catching them one at a time on cane fishing poles is not an easy way to make a living. For an eighteen-year-old, though, it was a lot better than a desk job, so he worked on boats and eventually landed in Half Moon Bay.

He now runs his own boat, the Kimberly Rose, out of Half Moon Bay. He fishes for crab and salmon, and his brother crews for him. Along with the freedom of working on the ocean, he also loves the sense of adventure and the feeling of putting everything - blood, sweat and tears - into what he does for a living. His main stress is not the weather, but the rise and sharp drops of fish prices. “Fuel prices and mortgages stay the same,” he said, “even when fish prices drop.” Along with selling his catch to Real Good Fish, he also sells direct to consumers from his boat in the Pillar Point Harbor near Half Moon Bay.