Real Good Fish | People | | Ernie Koepf | Bringing you the freshest sustainably caught LOCAL seafood!
Perhaps I should not have been a fisherman, he thought. But that was the thing that I was born for.
- Ernest Hemingway, The Old Man and the Sea 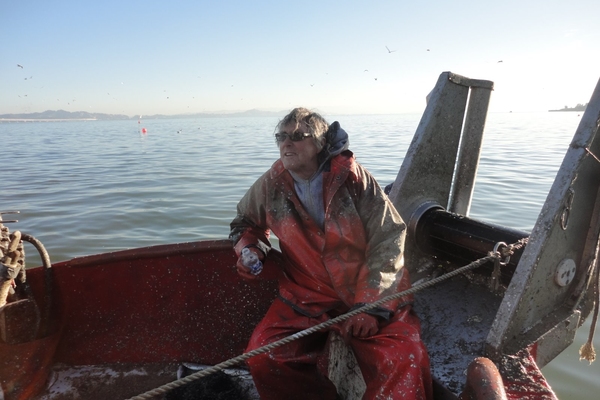 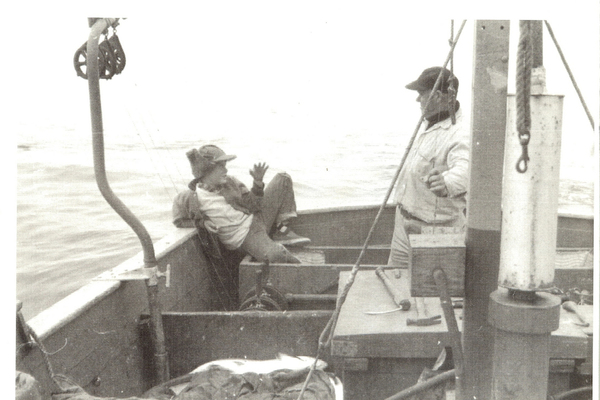 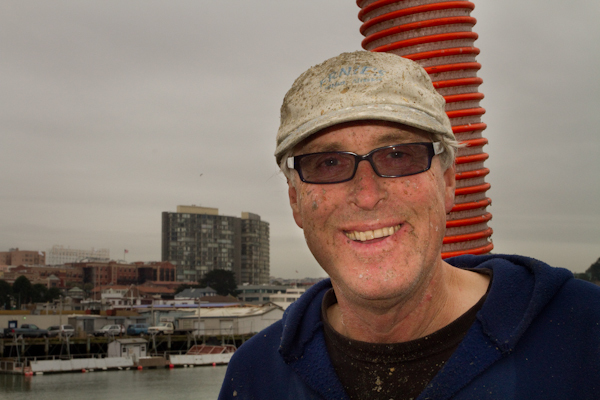 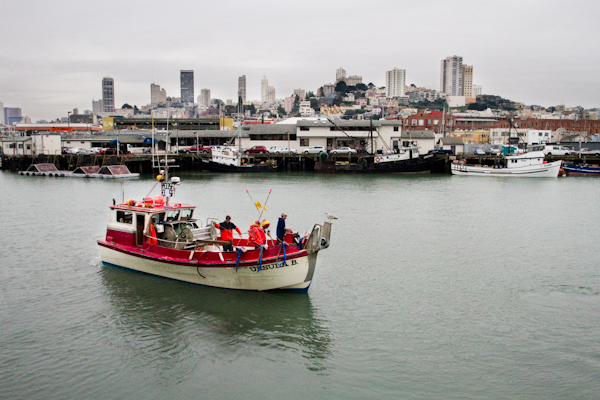 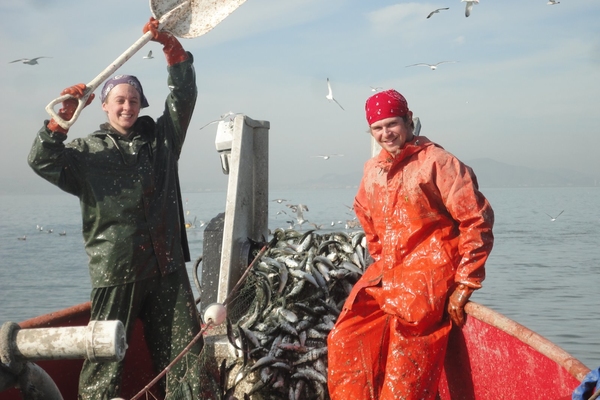 Ernie Koepf has been fishing commercially for Pacific herring for over 35 years.  Ernie joined the fishery at the same time as a bunch of other novice herring fishermen. They bought a few nets, got everything all tangled up the first few days, and eventually taught themselves how to catch herring in San Francisco Bay “without killing ourselves!”

The herring season is short and sweet: “My place in the world in January and February is on San Francisco Bay on this boat. That is what defines me. You can get money anywhere. Money is cheap. Money is banal. You can’t get the experience that I get quite so easily.” Ernie attributes recent swings in the herring population – the 2008-2009 season was cancelled for the first time in history – to a lack of fresh water reaching the Bay Delta, which is critical to the survival of young herring.

Ernie would not persist in this fishery if money were the only reward. As diesel prices have soared, herring prices have fallen from over $3000 a ton in 1995 to less than $700 a ton today. This is largely due to reduced demand in Japan for kazunoko (herring roe), a delicacy given as gifts during the New Year’s season which has at times fetched prices of over $50 a pound. There were over 100 herring boats working San Francisco Bay in the late 1990s; Ernie is now one of less than 20 still fishing, and one of only 10 to be granted a permit by the California Department of Fish and Game this year to sell whole herring locally on the fresh fish market. “There’s hardly any young guys in any of the fisheries now…they’re all pushing 60, or older. The financial incentive has left, so it’s not drawing people into the fishery,” Ernie explains.

Ernie recognizes that few people realize that San Francisco Bay remains a thriving natural system: “I’ll take people who have never been out on San Francisco Bay out fishing with me…the boat will be loaded with fish and there’s sea gulls and there’s sea lions, there’s herring milt in the water, sperm in the water, and it smells…fishy. This sort of feeling overcomes everybody where now time ceases to be important, now it’s just tide, it’s just all tide and current.  And they’ll say, ‘Man, I had no idea, I had no idea all this was going on out here.’”

Ernie is working with other local fishermen to stimulate a consumer demand for herring in the Bay Area.  “I’m aware of the growing demand for organic, local, healthy food.” He hopes that herring will take its place alongside other local seafood products. “I’ve eaten it smoked, I’ve eaten it grilled, I’ve had it salted, I’ve had it pickled. It’s a good fish.”  Ernie and his boat the Ursula B. can be found in January and February plying the waters under the Bay Bridge and just yards off the Embarcadero.