Real Good Fish | Fish | | Ridgeback Prawn / Sicyonia ingentis | Bringing you the freshest sustainably caught LOCAL seafood!
If we eat from our own shores, we're much more inclined to protect them, the water quality, and our marine environment.
- Paul Greenberg, American Catch 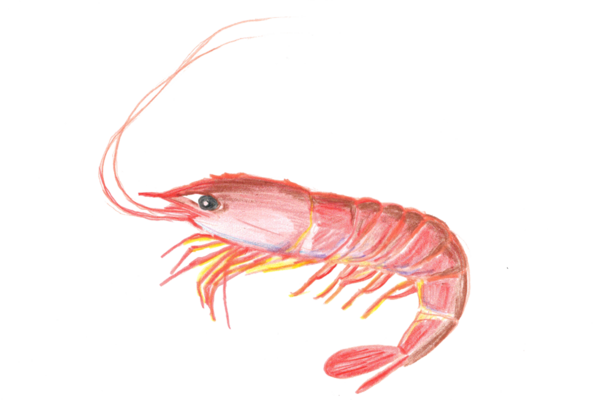 The ridgeback prawn gets its name from its hard shell. It is the only species of rock shrimp along the U.S. west coast. They are broadcast spawners, sending their eggs into the open ocean, as opposed to other shrimp that carry their fertilized eggs with them until they hatch. Females produce about 86,000 eggs on average during the spawning season of June through October. Having a high fertility rate is important for a species that is enjoyed by lingcod, halibut, sharks, rays, octopus, and humans alike.

Cooking Tips: Whatever you do, be sure to eat them fresh or remove the head and freeze right away, since they are highly perishable. They are fantastic for raw preparations, or quickly cooked for a pasta dish.

Sustainability: This fishery was overfished in the 1990's and we can understand why Seafood Watch would be cautious, but we feel that our ridgeback shrimp fishing partners are operating sustainably. Fishermen are reporting very little bycatch this season so far, and they are using gear modifications and fishing in sandy bottom areas to avoid harming the seafloor. The fishery is closed from June-September to protect spawning females, and in general management is strict because of the history in this fishery. Only about 11 permit holders actually fished for ridgebacks last year.