Real Good Fish | Fish | | Market Squid / Doryteuthis opalescens | Bringing you the freshest sustainably caught LOCAL seafood!
If we eat from our own shores, we're much more inclined to protect them, the water quality, and our marine environment.
- Paul Greenberg, American Catch 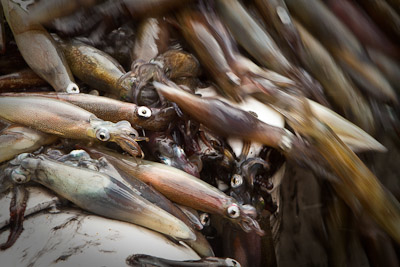 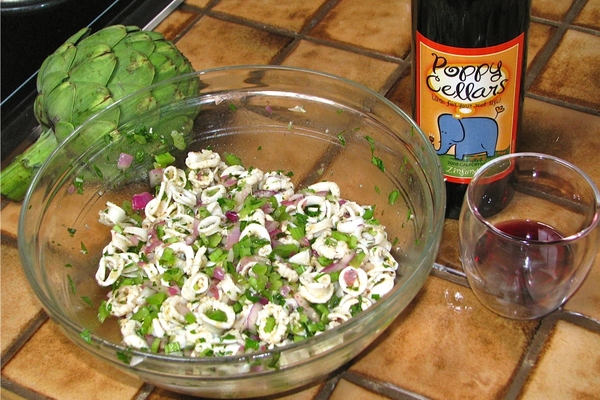 Market squid are native to the Eastern Pacific Ocean and due to their short life span, reproduce at a young age, making them highly resilient to the pressures of fishing. Humans are not the only ones to find market squid delicious – they are a primary food source for sharks, carnivorous fish, seabirds, and marine mammals such as seals and sea lions.

Culinary Tips: Fresh squid cooks quickly making it perfect for a stir fry or fried after being lightly breaded. The bodies or "tubes" are also great when stuffed and gently baked in a tomato sauce.

Sustainability: On the West Coast they are plentiful and highly regulated. Market squid are a fast-growing species with a short natural lifespan, which makes them less susceptible to overfishing. By encircling schools of squid with nets, bycatch from squid purse seining is generally low.