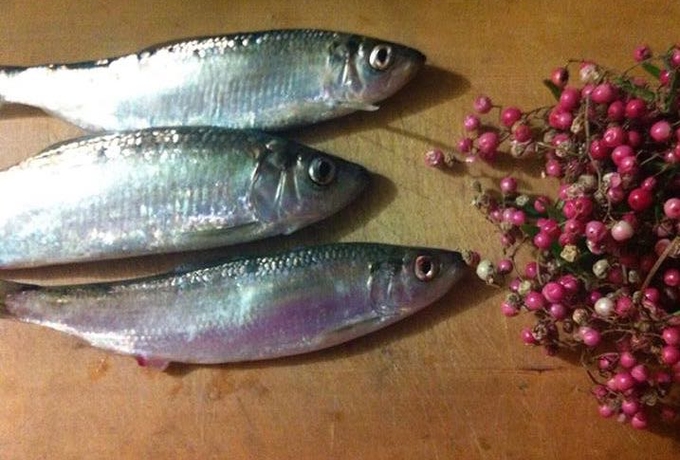 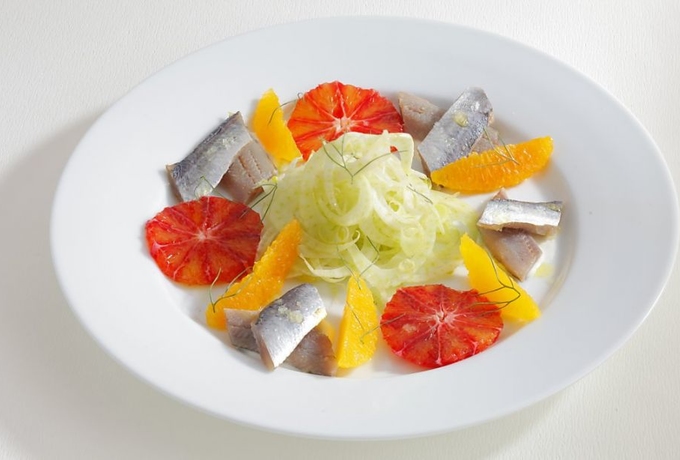 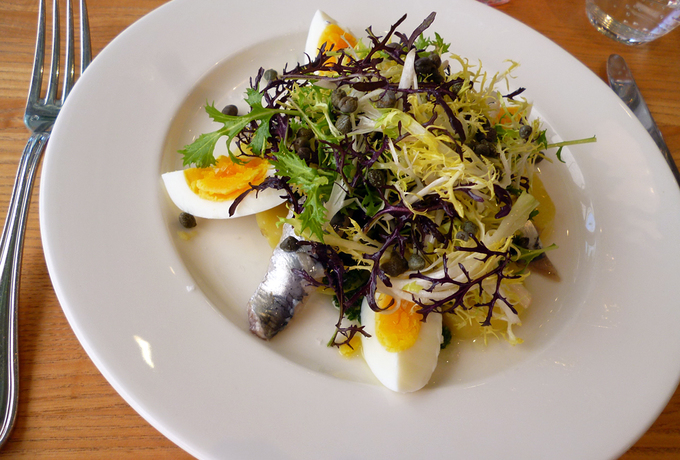 First, you smell the herring as they arrive in the San Francisco Bay and start spawning. A rich, thick scent of something fertile and fishy and rich thickens the foggy air. In the gray sea air white gulls and bark-brown cormorants perched on wood pilings and circling the water. Sometimes a flock of cormorants shovel their beaks across the surface of the water in unison, they flock into the air, fly back, and start their path again, in the wake of the small waves they left behind. My cats often show up at my door wet and peeved. No longer able to stand dipping their paws in and fishing from the deck, they fall or dive in after herring. When sea lions start roaring under the kitchen window of my houseboat, I know the herring run is in full swing, and even after the excitement settles down, their eggs stick to my tie-up lines, the smell of expectancy stays in the air, a reminder that the earth is shifting, days are getting longer, and the cycle of life continues.

The commercial herring fishery in the San Francisco Bay is considered the last urban fishery in the United States, where boats fish right off the shore of the city. Cities across Europe have long relied on this silver hoard. One village in France claims that the town was suffering from a famine, and just before people started to die, great schools of herring arrived and saved the town from starvation. So every year when the herring arrive, they celebrate their good luck and gratitude with costumes and copious herring dishes. Unfortunately, the herring of the San Francisco Bay is not so celebrated. In fact, virtually all of the herring from the San Francisco Bay is shipped to Japan, where the roe or kazunoko, which is traditionally eaten at the start of a new year, as it symbolizes prosperity. The males and flesh of the females is made into fertilizer, pet food and fishmeal that is fed to pigs, chickens, pets, and farmed fish.

So why don’t we eat this food that’s abundant, nutritious and inexpensive? These small forage fish, like anchovies, sardines and mackerel, are virtually absent from our diets, or purchased in small, dusty cans from a grocery store, often imported and have a bad rap. Yet we have an abundance of them along the California Coast. Reducing them to bait, feed, or pellets for industrial farms is a tremendous waste. The problem is that they take more work than a large fish, but they are far cheaper, and very low on the food chain, so have virtually no mercury or PCB’s in them. And when people try them fresh, they love them.

Once again, the Sausalito Herring Festival sold out of food in less than 2 hours. Crowds showed up for the festival and ate herring paella by Davey Jones Deli, Steckerlfisch as it’s known in regions of Austria and Bavaria, made by Fish Restaurant, and we served “Glassblowers Slaw” with pickled herring julienned into a coleslaw. This week, the members of Real Good Fish are receiving fresh, cleaned herring this week as their share. We applaud their adventurous spirit and suspect that grilling, pickling and smoking will be taking place with these.

For me, I love to get them whole, eggs and milt still inside them. Some I gut, dipping the egg sacs in olive oil, and then salting them. Later, after they cure, I grate these over orzo pasta, with diced garlic and crushed chili, lemon zest and parsley. The milt I dredge in flour, cook in butter and then spread on toast. Then I grill the fresh ones and serve with lemon. Others, I fillet and then pickle them and layer them in sour cream, onions and fresh dill. As I do this, slipping small pieces to my cats, I listen to the roars of sea lions, the cacophony of gulls and cormorants taking place outside, and I understand what all the excitement is about.