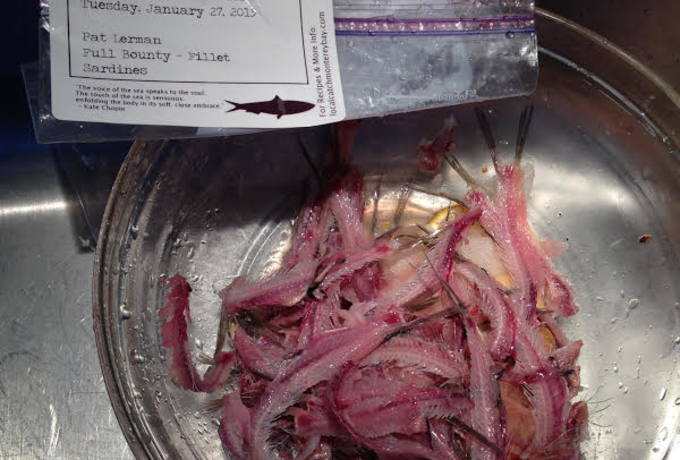 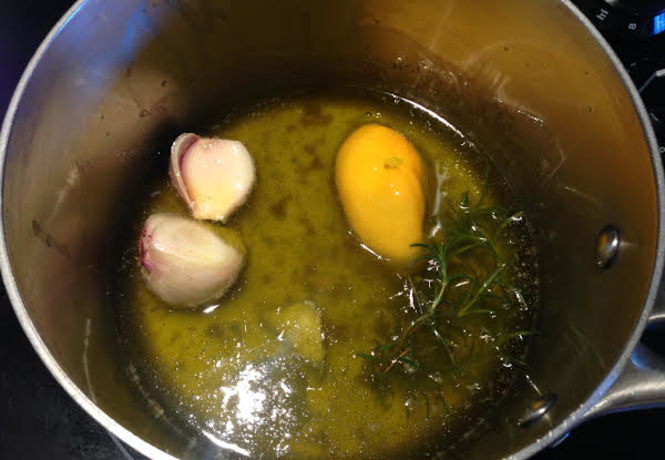 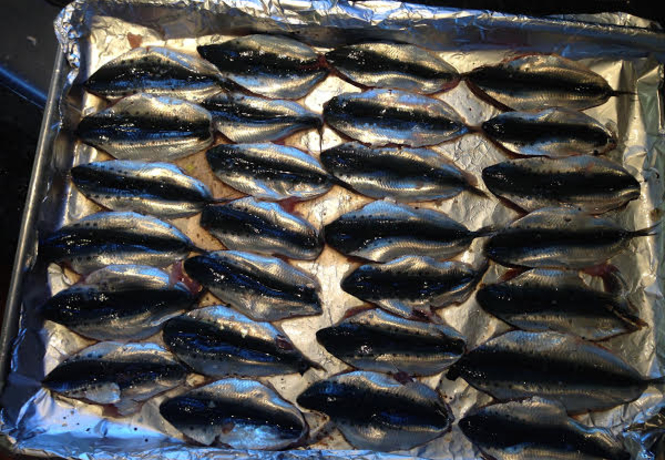 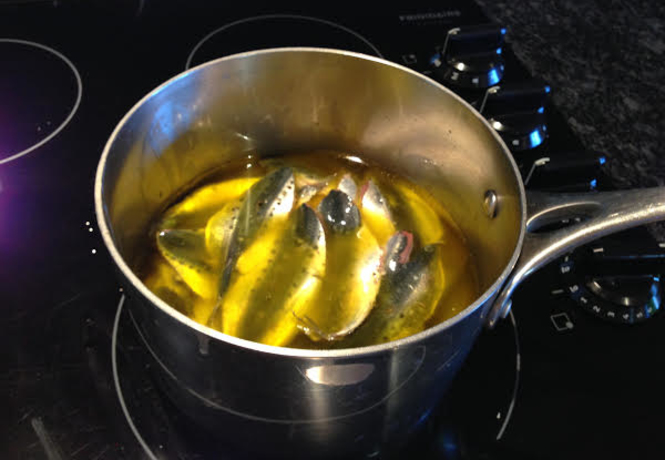 How to Confit Sardines & Anchovies by member Patricia Lerman

Real Good Fish member Patricia Lerman was generous enough to send us photos and insructions for how she confits sardines. As she says "I'm a "technique" kind of cook, so I'll give broad instructions. I improvise and don't measure."

Once they are in the jar, she uses them in pasta dishes, on bread, and over sauteed greens. As she says, "They are essentially homemade "canned" sardines, but fresher and richer." She also had fishy olive oil left over from the confit process, so she made an emulsion in a Vitamix of the poached lemon, shallot, garlic, some of the rosemary and olive oil. It was a delicious "sardine mayo" to spread on sandwiches with the preserved sardines.

One of the meal preparations with the preserved sardines was sautéed slices of fennel bulb, black olives, tomato sauce, capers, raisins, a touch of sugar, forbidden black rice and sardines. "Sicilianish." Yum.

Step 1:  I inserted a paring knife in the headless part of the sardine and cut down next to the spine. Then I lifted out the spine with its attached organs

Step 2: Next I rinsed each butterflied sardine and laid it on a tray, skin side up.

Step 3: In a saucepan, I added enough olive oil to submerge the sardines, along with a shallot, peeled and halved, a large peeled clove of garlic, lemon peel, a pinch of coarse salt and a sprig of fresh rosemary.

Step 4: I brought the oil to 150° and added the sardines. When the oil reached 150° again, I took the pan off the burner and let the sardines "poach" in the oil for about 20 minutes.

Step 5: Afterwards, I removed the sardines and placed them in a sterilized preserve jar, strained the olive oil, and poured it over the sardines in the jar so there was no airspace.