Real Good Fish | Blog | | How To Open an Oyster | Bringing you the freshest sustainably caught LOCAL seafood!
< Prev Next > 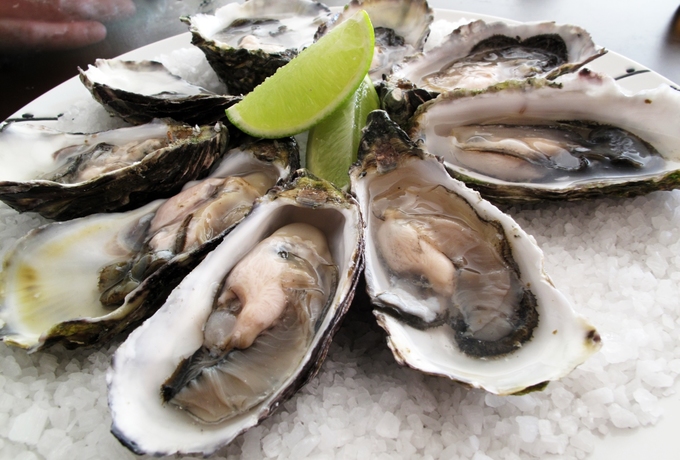 How To Open an Oyster

People who love oysters enjoy the entire sensual experience. They love the feel of the barnacle-textured convex of the shells in their hands, the act of prying the lip open, putting the wide part of the shell against their own lip, and then the briny, plump sensation of the oyster in their mouth; and they love finishing by sipping down the oyster “liquor,” the tiny bit of liquid left in the bottom of the shell.

Oysters are amazing creatures. From shellmounds left by indigenous people to oyster pirates, a history of the San Francisco Bay could be told through the history of oysters. Olympia oysters, native to the SF Bay, are slow growing. They are smaller, their shells more fragile, and their taste a little gamier than commercial oysters most people are familiar with. They were wiped out by pollutants and silt dumped into the bays’ tributaries during the Gold Rush. By 1911, they were essentially extinct.

Oysters that are now farm-raised along the West Coast are the Pacific and the Kumamoto, introduced from Japan, along with some Atlantic species. Oysters love an estuary, where fresh water from rivers meets the sea. These marvelous mollusks can EACH clean up to 50 gallons of water a day. Oyster reefs also create habitat for thousands of other sea creatures, many of which, like mussels and clams, also help filter water. Oyster beds also shape the bottom of bays so that waves break before crashing on shore, creating protection during storm surges. This allows marsh grasses to grow, and their root structure helps to stop erosion.

I opened oysters improperly for years, often stabbing my hand or breaking the oyster shell. When someone finally showed me how to do it the most efficient way- I was really glad and grateful. So here's how:

2. You'll want to have an oyster knife with a thick, sturdy bladed. Use gloves or place the oyster in a towel to protect your hands.

3. With the flat side of the oyster up, wiggle the tip of an oyster knife into an opening near the hinge. Only insert it about 1/4 of an inch.

4. Then slide the knife around the lip of the oyster until you disconnect the other hinge.

5. Pry apart the shells, being careful not to spill the liquid out. Clean any grit out with your knife-don't rinse the oyster. Use the knife to detach the muscle from the bottom of the oyster.

6. Place the open oysters on a bed of crushed ice. Restaurants often serve oysters with a small fork, but it's easier to just lift the wide part of the oyster to your lips, and eat them.

7. Use the shells. Oyster shells are great for the garden. You can crush them and mix with soil, so they provide a slow release of calcium that can help balance the pH and improve drainage. You can also use them to create pathways, courtyards, and even bocce courts. Use them near your edible plants as mulch to keep moles from burrowing up.