Real Good Fish | Blog | | Something's Fishy & It's Not Our Seafood | By Alan Lovewell Suppose you've watched Seaspiracy on Netflix — or attempted to. The film from Ali Tabrizi and supported by...
< Prev Next > 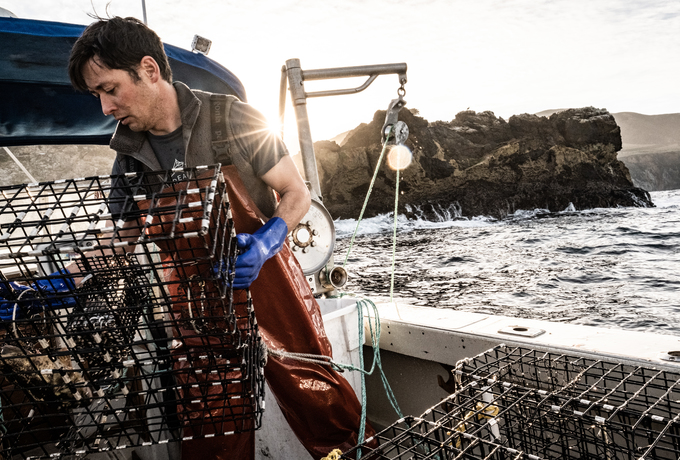 Something’s Fishy & It’s Not Our Seafood

Our good friend, Mark Bittman reached out after he saw the film Seaspiracy on Netflix to ask our Cofounder and CEO Alan Lovewell for his reaction and honest thoughts. While we all can agree the Netflix documentary is polarizing our discussion about fish—it's important to pull fact from fiction when indulging in this very nuanced conversation. We're proud to have contributed to the latest post on The Bittman Project, and you can read the article in full HERE.

Suppose you've watched Seaspiracy on Netflix — or attempted to. The film from Ali Tabrizi and supported by producer Kip Anderson starts with a powerful realization: The oceans are in trouble, and plastics are among its biggest problems. It's a good hook because it's true.

But it continues by oversimplifying problems and solutions, taking the stance that there’s no such thing as sustainable fishing.

Seaspiracy isn’t a documentary: It’s propaganda. In response to its conclusion, it tries to convince people to join sides. It confuses the audience. It shows provocative imagery. It manipulates reputable sources. It ignores facts inconsistent with its argument. And it proclaims to have the one-and-only solution: Either you love the ocean and become vegan, or you don't love the ocean and are responsible for what you just witnessed.

And it’s causing an uproar. Sources interviewed in the film claim their statements were taken out of context. The film bases its sense of urgency upon the erroneous claim that the ocean would be depleted by 2048. Note the findings from the 2006 paper have since been retracted due to conclusions from follow-up studies and a push for sustainability across the industry.

“Seaspiracy does more harm than good,” fisheries expert Daniel Pauly wrote for Vox. “It takes the very serious issue of the devastating impact of industrial fisheries on life in the ocean and then undermines it with an avalanche of falsehoods.”

Having watched its prequel Cowspiracy, I knew what was coming. That said, the film did one thing well: It got a lot of people angry and talking about seafood.

Scientists and conservationists are maligned
Professionals dedicated to the problems depicted in this film have devoted their careers to protecting the oceans. I don’t think I’m going out on a limb to say we feel maligned and misrepresented.

I’m including organizations that have made these issues core to their missions and the people and cultures that identify with the ocean in ways we cannot describe. I'm also talking about the array of marine and ocean scientists crunching data and conducting leading-edge research. I’m including the marine resource managers who are making seemingly impossible decisions about how to share the sea. I’m pointing to fishery experts committed to seeing seafood as food, part of our cultural identities, and economic drivers for our communities. I'm talking about fishers who call the ocean home and treat it as such while feeding us. I include the artists and storytellers who help us see the sea in a new light and inspire us to wonder and bask in its mystery. And I'm talking about activists.

For all the atrocious issues that face the ocean, like plastics, climate change, and overfishing, there are glowing examples of hope and promise for a better future. Our collective work is actually yielding game-changing results.

Professionals who live and breathe these issues recognize this is not a one-size-fits-all problem and solution.

We get it: You're still depressed after watching the film
As a viewer and global citizen, I feel depressed and guilty, too. Maybe you watched it because you are interested in these issues, or your friends and colleagues suggested it. Maybe it was a visceral reminder to do something good. That is a great thing as long as the learning doesn't stop there.

The narrative and solutions in the film are a far cry from providing the multifaceted responses necessary for problems of this magnitude. To stop eating seafood is as effective a solution as reforming our democracy by refusing to vote. Do you feel better about yourself? Maybe. Are you actually making the world a better place? No. A better way to frame the question is, Do I enjoy seafood, and how can I enjoy it sustainably?

There are numerous studies showing that many sustainable seafood species, compared to other foods, including grains and vegetables, are better for the environment and life on earth than anything else. You may be surprised to learn that U.S. fisheries are some of the best managed and most sustainable fisheries in the world. The definitions, commitments, policies, systems, and successes exist in many forms. Because the film doesn't recognize them doesn't mean they aren't there. It's like going fishing and not catching anything and coming to the conclusion that the ocean is devoid of fish.

With veganism comes privilege
Having a choice of what to eat is a privilege, and it depends on where you live and the level of privilege your life affords. For a large percentage of the world, there is no decision to be made; they eat what they can get. And that can include fish.

“We believe people have the right to choose what they eat, and we applaud those who make personal choices to improve the health of our planet,” Oceana wrote in its response to Seaspiracy. “However, choosing to abstain from consuming seafood is not a realistic choice for the hundreds of millions of people around the world who depend on coastal fisheries — many of whom are also facing poverty, hunger, and malnutrition. Oceana campaigns to save the oceans for both the people who depend on them and to protect the marine animals (and other forms of life) who live in them.”

I urge you to watch these stories and read these articles before you make that decision to abstain from all seafood. Here are additional sources to help inform your new resolve and power to eat more intelligently and in tune with the wonderful world we live in. They include Monterey Bay Seafood Watch, Ocean Wise Sustainable Seafood, and Environmental Defense Fund Seafood Selector. And for those interested in more careful fact-checking, there’s PBS Frontline’s The Fish on My Plate from Paul Greenberg, author of Four Fish: The Future of the Last Wild Food, American Catch, and The Omega Principle.

Noting that marine scientists are wary of the film, Outside Magazine has also assembled a trio of scientist-recommended alternative documentaries.

Seaspiracy brought some very real and serious global issues to light but chose to tell only a sliver of the story, supported by sensationalism and an agenda. In response, let’s better educate ourselves on the issues. Let’s support domestic and local fisheries. Seek out seafood sources who can tell you where your fish comes from. Eat lower on the food chain and try underutilized species. Eat seasonally. And above all, celebrate and honor what the ocean provides.